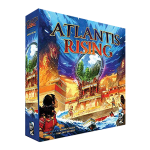 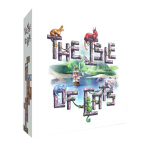 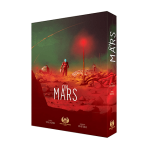 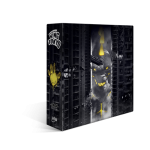 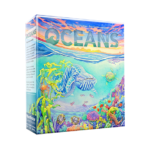 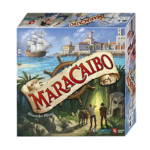 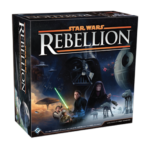 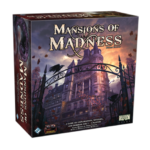 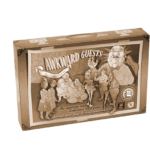 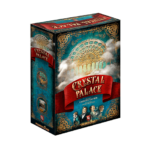 I am a self-confessed board game addict and one of my biggest vices is Kickstarter. My profile will tell you that I am a Superbacker and have successfully backed 122 projects. Whilst some may wear this badge with honour and brag that they’ve backed one to two games per week, I am quite embarrassed by it. This is because the reason I pledged for so many games was not because I loved what it would bring to my table, but rather an innate fear of missing out.

Blood Rage would have to be one of my most adored games of all time. I admire the beautiful miniatures, the simple game mechanics of card drafting and area control, the natural flow of the turn order, complimented by a theme that makes me feel as if I am a Viking fighting for the honour of my clan and the promise of entrance to Valhalla. After my initial play of Blood Rage, it instantly rocketed to the top of my all-time favourite games. I began to read forums to learn more about the game’s history and it was there I discovered that Blood Rage had been a very successful Kickstarter campaign. As I delved deeper, I learned that the campaign had offered a range of exclusives. Exclusives that made the game even better, exclusives that were only available for those who backed the initial campaign. Suddenly my current favourite game was incomplete and for me, the completionist, this was hard news to swallow.

As my search for a reasonably priced copy of the exclusive items proved fruitless, I came across a YouTube video of a new CMON game called Massive Darkness. Here was another Miniature inspired game by the same company that had created Blood Rage. I followed the links to the Kickstarter page and there at the top of the campaign page read ‘Late pledges open, back now before you miss out’. Before I knew it I had signed up as a Kickstarter member and placed a late pledge. The whole decision-making process from the time I viewed the YouTube video to placing the pledge happened so fast I’d have given the Flash a run for his money on that day. There was no way I was ever going to let myself feel that I had missed out again.

I pinpoint this event as the moment my fear took over. I never wanted to miss the opportunity to own the current hottest game and all accessories it came with, I never wanted to feel that I had missed the opportunity to experience a game to its full capacity. This fear driven mindset was only further strengthened when my Massive Darkness pledge arrived. The game was an extraordinary hit, it raced to the top of the boardgamegeek.com hotness track and people who had missed out on backing it were paying ridiculous amounts to buy a copy of the game with all the exclusives. I was so happy I had not missed out this time and it fuelled my need to back games at a rate that, when I look back, was never going to end well.

Within 12 months of joining Kickstarter I had backed over a hundred projects and I was backing new projects at a rate of two per week. Whilst Massive Darkness was a hit, not all my pledges followed in its footsteps. For every game that blew my socks off there was another that had all the campaign exclusives, yet the gameplay was hollow, the rules incomplete, the component quality poor and the mechanics underdone. While it felt great in the moment to back each game, eventually the pledges began rolling in at rate I couldn’t keep up with and my board gaming life became receive a game, play the game, move onto the next game. Suddenly boardgaming became a chore rather than something I looked forward to each weekend.

I mentioned earlier I am not proud that my fear had driven me, yet I hold no regrets, I am thankful for the lessons I have learnt from this experience. Thanks to my excesses I now better understand what drives my decision-making process. So, what changed?

The second step is to take time to understand what it is about board gaming that you love so much. Is it a certain mechanic, the quality of components, a certain theme, the flow of the turns, the designer, the publisher, a preferred player count? Once you’ve realised what is important to you this becomes your measuring stick.

The final step, do some research, read blogs, read forums, find members within our community who you trust, listen to podcasts, find at least 3 to 4 unbiased perspectives to measure against. If after following all three steps the fear of missing out remains, then I would conclude your fear is real.

So as a recovering Kickstarter addict, my advice for anyone rushing in to buy that new game that has the whole internet in a buzz is realise our brains are hardwired to make quick impulsive decisions out of fear. Remind yourself what it is about boardgames that you love so much, seek different perspectives from people you trust and if after following these steps your desire remains then take the plunge and go all in.